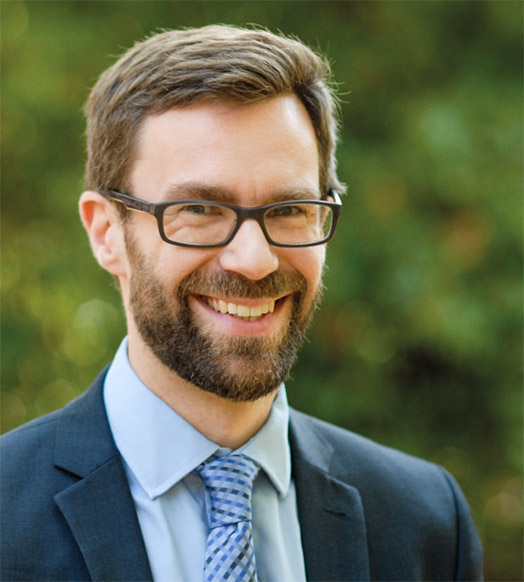 Dr Christophe Fricker works on the role of language in the life of communities, from political to business to literary. He has a decade of experience as executive of a research and consultancy firm, and has been teaching at leading universities in the UK and North America for almost twenty years. He is now based at the University of Bristol, where he teaches German Studies and Translation and serves as Director of the MA in Translation. Christophe is an award-winning author, editor, and translator of more than twenty books on a wide range of issues. His most recent book presents 111 reasons to love England. He engages regularly with diverse audiences as an event speaker and panelist and as a contributor to print and online media in both Britain and Germany. Christophe holds a doctorate in German literature from Oxford University and is a Fellow of the Higher Education Academy and the Royal Society of Arts.

The focus of Christophe’s research, teaching and consultancy work is on language use within and across communities and the link between language and leadership. In his teaching at the University of Bristol, he focuses on the language of German politics and business and on training future translators. He has designed courses on centrism, business communication trends, German economic policy narratives and even German humour. On the MA Translation, of which he is the Director, he teaches project-focused practical courses and a unit for entrepreneurial linguists. At both the undergraduate and graduate levels, his aim is to help students understand how they can participate in the social, economic and political processes they analyse. Christophe is member of the University of Bristol’s Senate, Academic Lead of Bristol Translates Literary Translation Summer school, and convenor of the School of Modern Languages Research Seminar. He contributes to working groups on universities and industry cooperation. Before coming to Bristol, Christophe was first a post-doc and then director of the German language programme at Duke University. There, too, one of his main responsibilities was Business German.

Christophe works as a translator between German and English, on any text that requires both creativity and precision – from global marketing campaigns to Gilbert and Sullivan’s Trial by Jury. He is the German translator of a number of bestselling and highly acclaimed writers, including Guardian columnist Owen Jones, Atlas of Prejudice internet sensation Yanko Tsvetkov, science writer Hugh Aldersey-Williams and the American poet Joshua Mehigan.

From 2010 to 2018 Christophe was a Founding Partner of Nimirum, a research and consultancy firm analysing socio-economic change and consumer biographies. He was responsible for around 300 completed projects, enabling over 100 clients in retail and comminication to sharpen their profile, win a record number of bids, base strategic decisions on a secure footing and increase revenue. As Head of Research, he recruited, briefed and deployed researchers in 65 countries and looked after Nimirum’s research methods portfolio.

As a researcher, Christophe started off by analysing how the poet Stefan George created a community of like-minded individuals; his book on George was second (only to Steven Pinker) on the NDR/SZ best new non-fiction list. Thus encouraged, Christophe led multi-disciplinary research group at the Hanse Institute for Advanced Study which further explored the interplay of creativity in language and communities and published its results in 2017. In parallel, he examined how personal encounters can be documented, editing the conversations between bestselling author Ernst Jünger and ‘interview artist’ André Müller, as part of a Marie Curie Fellowship project at the University of Bristol (2012–2014). He also edited the correspondence between scholar-poets Friedrich Gundolf and Friedrich Wolters. At the Technical University Braunschweig, Christophe took part in a series of conferences on links between literature and travel.

As a creative writer, Christophe is the author of two volumes of poetry and two travel books, the most recent one outlining 111 reasons to love England, which was widely featured in broadsheets, tabloids and on radio. He was awarded the Hermann-Hesse-Förderpreis and the Merkur Essaypreis and, in 2011, served as the Craig-Kade Writer-in-Residence at Rutgers University. Focusing on poetry and community, he wrote a monthly column for the website of Das Gedicht, a literary journal. Over the years, he has worked with several periodicals, including Krachkultur, one of Germany’s leading literary magazines (as an adviser, since 2012), and as Assistant Editor of the German Quarterly (2006–2009).

With a passion, Christophe supports the introduction of ‘equal challenges’ in the education of highly gifted teenagers. In 2014, he started teaching for Deutsche Schülerakademie, the German government’s summer school scheme for exceptionally talented sixth-formers, where he delivers, with Jens Berger, a 16-day intensive course each year. Drawing on his work in a distance-learning programme, he helped shape the organisation’s Coronavirus response. He volunteers as Foundation Governor of a Roman Catholic primary school.

Christophe was part of the organising team of conferences and event series on intercultural encounters (University of Bristol, 2014), German reunification (Duke University, 2009, and Universität Freiburg, 2000), Translatability (Duke University, 2009) and the role of human rights in foreign policy (Deutscher Bundestag, 2000).

He was awarded a D.Phil in German by the University of Oxford (St John’s College) in 2006, where he was a Heath Harrison Graduate Teaching Fellow (2004–2006), President of the Oxford University German Society (2004–2006) and a Lamb and Flag scholar (2003–2006). He holds an M.A. from Dalhousie University, where he was an Izaak Walton Killam Pre-doctoral Scholar. As an undergraduate, Christophe studied Politics, German Literature and Musicology at Universität Freiburg and the National University of Singapore. His beloved home city is Wiesbaden.