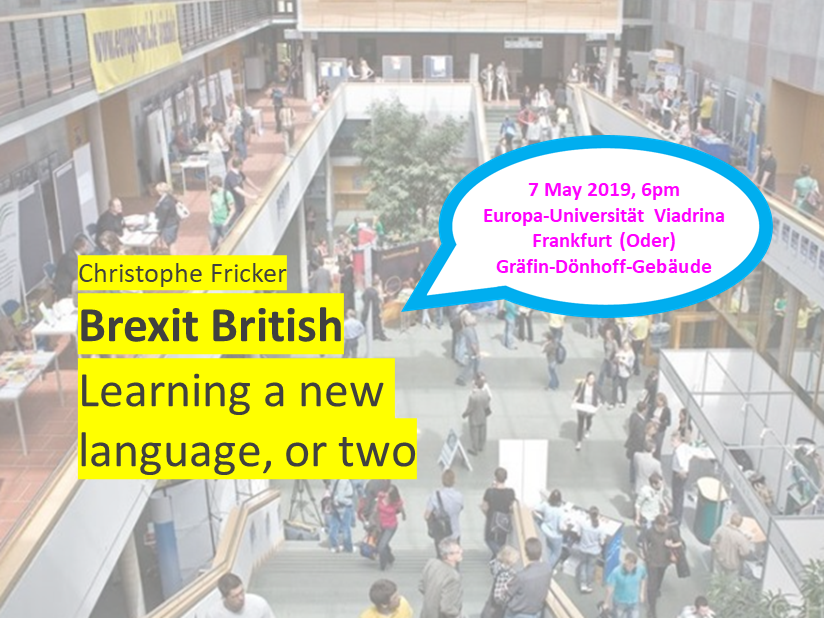 Britain has become a country divided by a common language. Brexiters and Remainers hardly talk to each other, and the visions they paint of the future of their country are radically different. This is evident in what they say, and in what they choose not to say. Their two forms of Brexit language differ yet again from the way many Germans talk about Europe. From individual words to grand narratives, a new, post-Brexit multilingualism is emerging, which I call „Brexit British.“ This talk and discussion will explore why it will be increasingly difficult for Brits and Germans to talk to each other about who they are, and who they want to be. Colourful examples are placed in a framework informed by political theory as well as research into marketing and change management.

This lecture and Q&A is part of a series of Brexit language analysis events and will address some of my new research findings as well.