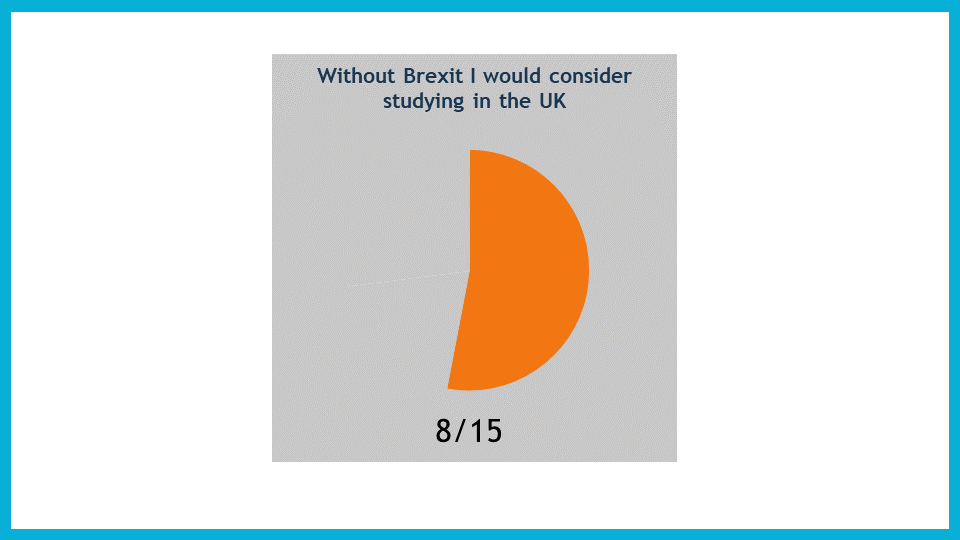 Last week I ran a workshop for super-smart German sixth-formers interested in the UK and asked them whether they could imagine studying in Britain post Brexit.

The kids belonged to the demographic that, when I was their age, hoped to go to Britain to study.

Now, 8 out of 15 said because of Brexit they will not consider studying here. 4 would not come anyway, and only 3 are interested. All 15 expect Britain to matter less in the future.

The group was small. But what they said in our discussion showed me that attracting the smartest students will be a challenge.

Let us all make sure to keep the conversation going at least, and rebuild confidence.