5 questions people ask about my love for England 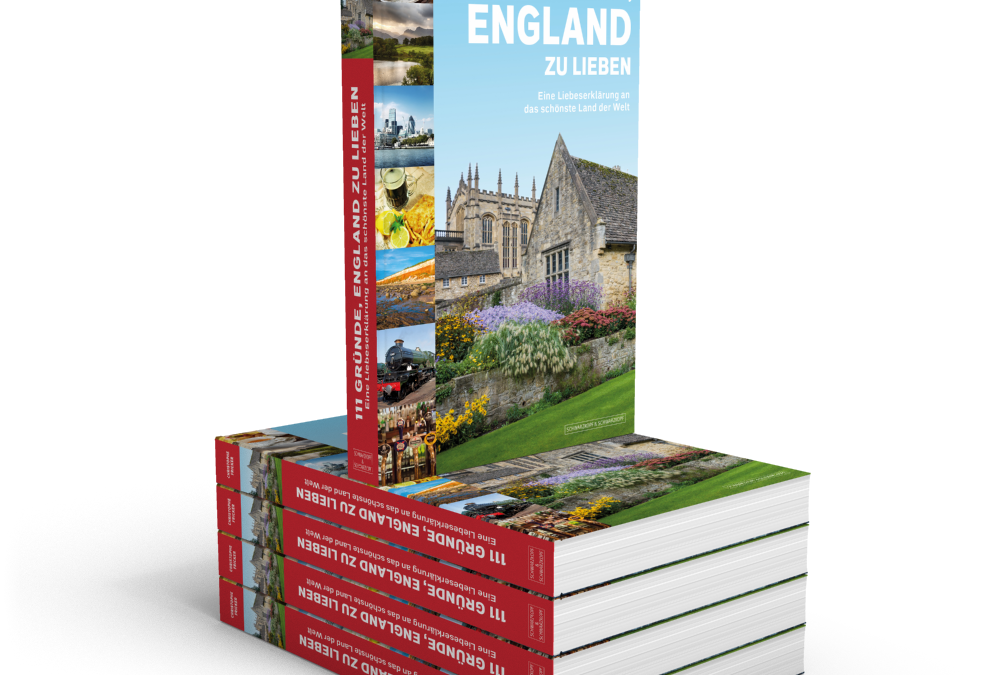 In September 2018 I published a German book presenting 111 reasons to love England, called 111 Gründe, England zu lieben. Here are 5 things that people have been asking me ever since about my love for England.

I appreciate that this question is asked in good faith, so I usually hold back my snarky response: “How likely is it that I mis-state the topic of my own book?” On a more serious note, I think it’s quite telling that the question gets asked. Imagine I had written a book called “111 Reasons to Love Scotland”. Would anybody have asked me whether it wasn’t in fact about Britain? Nor would that happen in the case of Wales, let alone Northern Ireland. But for many English people, Britain is little more than England; other nations are distant, almost foreign lands. In my chapter on whether England is a country and, if so, how I try to explore this perception further. I don’t think it’s going to go away soon – unless Scotland is going away, of course.

Loving England seems to have become synonymous with voting Leave. Leavers are told that Remainers are traitors who don’t love their country while Remainers assume that at this point in time it’s more important to point out reasons for loving the EU than for loving England. Hence the follow-up question I get by Remainers: “Isn’t this the wrong moment to write it, especially as an EU citizen?” I have two answers to this: Loving England and loving the EU are not mutually exclusive, especially if you assume that England has a rightful place in the EU; and if you are an EU citizen (by which I mean a non-British EU citizen) and you want to stay in your adopted home country you must surely be able to say why! (Although not everybody would do so in 60,000 words.)

I like this question better because it gets me to remind myself of some of the amazing things I wrote about: paintings by John Virtue, and the National Portrait Gallery, and Bristol, and Just a Minute, and queuing and apologising. Some of these are what you might call the usual suspects, and I did include a fair number of them, although I tried to write about the Queen and pubs from a personal angle and offer some fresh perspectives. Other reasons included in the book are less well-known, though, but not entirely random: Fred Dibnah’s sense of humour is really cool, and it does reflect something about England more broadly.

True to my professional self I adopted a mixed-methods approach: Starting from my own memory and experience I soon got friends and colleagues involved who I quizzed about their favourites; as the project grew I bought a poster map and pins to make sure every region was represented. And I tried to cover to a breadth of topics – when it occurred to me that I had not yet written about any traditional crafts I added a chapter on shoes from Northampton, for example. That said, the book is still personal, the 111 chapters are largely about my reasons to love England, and many people will accuse me of overlooking what is most important (“Jane Austen!”), and they are welcome to do so!

5: “So what can Germans learn from England?”

Lots of things, probably, just as people anywhere can learn a lot from people in different countries. But that’s not what the book is about. It’s not called 111 reasons not to love Germany. Loving England and loving my home country should not be mutually exclusive, just like I said earlier about the EU. I will admit, though, that there are a few points hidden in the book that suggest that Germans on trains may do well to find out how English people deal with someone occupying ‘their’ seat, and other such situations …

All in all it has been a fun book to write, and based on letters I get from people in both England and Germany I feel it has a role to play in times of divorce bills, withdrawal agreements, and other heart-warming issues!