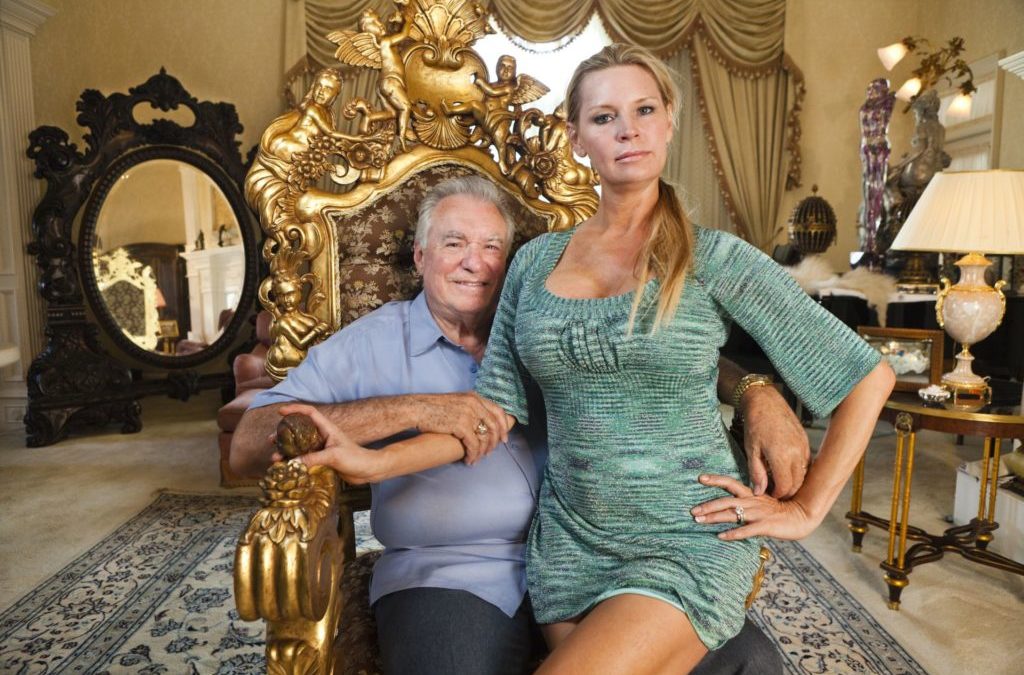 On two consecutive nights during the holidays, I watched two films that turned out to be like Dr Jekyll and Mr Hyde in addressing two sides of human ambition, erudition (or lack thereof), creation – and looking at Versailles. Bavarian King Ludwig II and David Siegel are their two protagonists.

Here’s what I saw. First, „Ludwig II,“ the first film about Bavaria’s most unusual king in quite a while. The son and grandson of patrons of the arts, he dreamt of turning Bavaria – which, true to the tradition of absolutism, essentially meant myself – 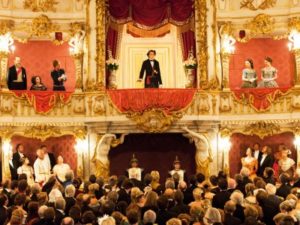 into an artificial utopia inspired by Louis XIV, Richard Wagner, the German Middle Ages, and an unorthodox Catholic orthodoxy in which the Virgin Mary is even more central than she is anyway. Ludwig’s interest in politics was marginal; his admiration for Austria and France turned him into an opponent of Prussia’s wars against the two countries. Unable to abstain from the latter campaign, he still wrote his mobilisation order in French. (Louis XVI was his grandfather’s godfather.) His legacy, besides championing a vision of monarchy that is utterly unique in the 19th century and even earned him Bismarck’s admiration, was the construction of Linderhof, the iconic palace of Neuschwanstein, a variety of smaller yet equally frivolous houses, and Schloss Herrenchiemsee, a near-replica of Versailles never intended even to be seen by anyone but himself. Unrivaled in his knowledge about European traditions, his love for his own country, his dedication to furthering craftsmanship in many areas as well as modern music’s greatest master, he remained a distant icon to his subjects throughout his (relatively short) life and has become one of the revered monarchs of all time in the century and a half that followed his mysterious death in 1886. Peter Sehr and Marie Noelle pay tribute to the king – and thus also to the tradition of venerating a person whose worldly existence seems unimaginable in our own troubled world.

This world’s troubles have reached a new crisis point in recent years with the collapse of large parts of the financial system. It was due, it seems, largely to excesses on the American real estate market. One of its most abominable figures is David Siegel, owner of the world’s 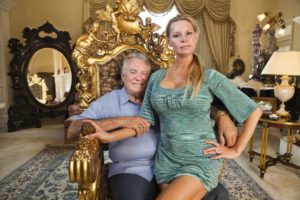 largest time-share companies, Westgate. His current wife Jackie is the mother of the last six of his 13 children, and the family is the subject of „The Queen of Versailles,“ a recent documentary film. Like Ludwig, the Siegels want to build their own version of the French palace. This is where the parallels end. The Siegels have no taste, they seem to employ people who have very few skills, and their shopping trips lead them to Wal-Mart and, later, to McDonald’s, in spite of the billions of Dollars they command. The film starts as a home-story about David Siegel, a fabulously successfully business tycoon. With the advent of the crisis, both his company and his family edge progressively closer to collapse. The children have to abandon their private plane for commercial aircraft („What are all these people doing on our plane?“), their mother has to rent a car to get into town („So what’s my driver’s name?“, she asks an incredulous clerk), and the remaining two of an erstwhile army of 19 maids and housekeepers have trouble keeping up with the poo that the various dogs leave on the carpet, and with removing the carcasses of other diseased pets (looking at a strange, dead creature, one of the sons says coldly, „I didn’t even know we had a lizard.“). One cannot help but feel Schadenfreude at the demise of a dysfunctional set of individuals, yet the thought that they brought Bush jr. to power („Yes, I did. But I’m not going to tell you what I did, because it wasn’t legal,“ says David Siegel) and profoundly affected the lives of tens of thousands of people as well as politics and – let’s not forget – landscapes is quite devastating.

Two films not to be missed and, as I found out, to be watched back to back.