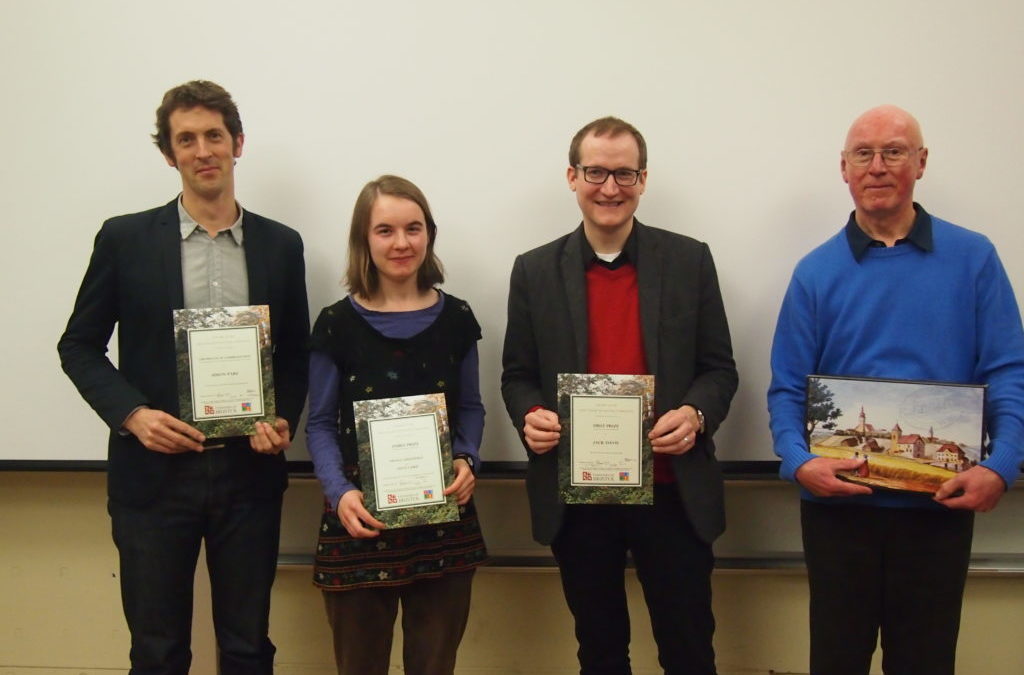 Three events were held at the University of Bristol with the interlinking aims of celebrating translation, remembering Ernst Jünger, and honouring the winners of a recent Ernst Jünger Translation Competition. 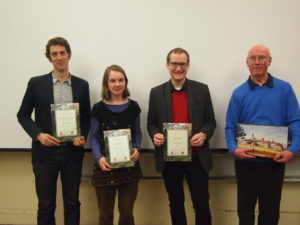 Thomas Friese presented some of the challenges any translator of Jünger’s works faces. Friese had just days earlier published his English version of Der Waldgang, one of the most radical philosophical texts on personal liberty in times of bureaucracy and technology. Like his earlier translation of Das abenteuerliche Herz (Figuren und Capriccios), the book is available with NYC-based publisher Telos Press. In his address, Friese drew parallels between the specific task of the translator and the situation of man in the world more generally. While the individual is called to interpret and act within the situation that fate accords him or her, the translator inherits a finished work and interprets it in a new language, enjoying certain freedoms while ultimately being bound to the work as such. In a conversation with students and faculty, Thomas Friese discussed excerpts from some of the 60-odd short passages that The adventurous Heart is comprised of, highlighting ambiguities and, in several cases, inviting audience feedback on his own translations.

Winners of the competition Jack Davis, Iwona Luszowicz, and Steve Laird then faced off in a translation slam. They were invited to present their translations of an excerpt from Jünger’s Zweimal Halley, the diary of his 1986 journey to Malaysia and Singapore on occasion of the appearance of Halley’s comet on the night’s sky. Audience members voted on suggested translations of ten terms or phrases, with the Luszowicz/Laird team edging out a narrow win over Davis.

At the formal prizegiving ceremony, Jack Davis — who had arrived all the way from Wisconsin the day before — was awarded a first prize for his translation from Jünger’s Sardinian diary, Am Sarazenenturm, and Iwona Luszowicz and Steve Laird received a third prize for their collaborative translation from Atlantische Fahrt. Paris-based translator Simon Pare received a special commendation. Nigel Cooper, Julian Reidy, and Constance Cramp were unable to attend, but their prize-winning entries were praised as well. Joseph Prestwich, winner of the undergraduate prize, sent a video message from Ingolstadt, where he is currently spending his Year Abroad.

In his report on the work of the Ernst Jünger Translation Competition jury, Thomas Friese stressed the diversity of the judging panel, which comprised both German and English native speakers, and both translation practitioners and scholars. Author Julian Evans encouraged the University of Bristol’s School of Modern Languages to host translation competitions in the future as well, especially in light of the popularity of the present competition, which attracted 64 entries. Robert Vilain, Head of the School, emphasized the School’s commitment to exploring, through research and translation, the works of literary authors who have not yet received the attention they deserve.

The events were followed by a convivial dinner, at which absolute yoyo serenity was reached in the early morning hours. Both the Ernst Jünger translation competition itself and the events held to conclude it were made possible as part of an EU-funded research project on Ernst Jünger, currently carried out by myself at the University of Bristol. The day’s events were generously supported by the MA in Translation and the School of Modern Languages.