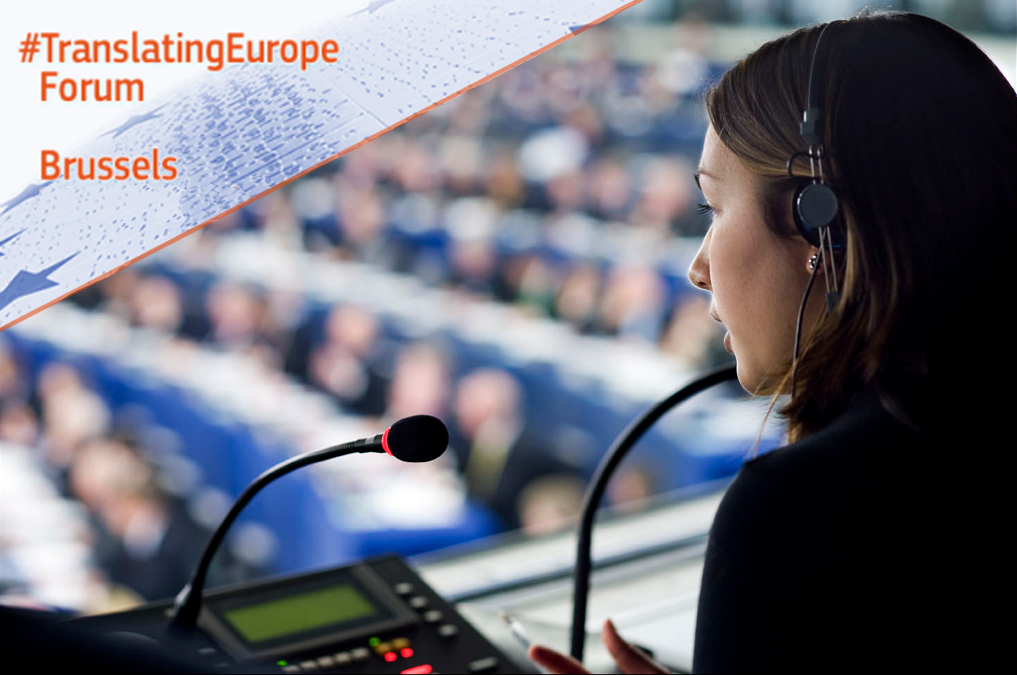 Technological change is turning the world of translation upside down. Client expectations are changing, which leads to the emergence of new job profiles and tasks. What is in store for translation in a multilingual, communication-oriented world? Visions and tools were discussed at the EU Commission’s Translating Europe Forum 2016 (TEF2016).

This year’s Translating Europe Forum, the European Commission’s third annual translation industry meeting, threw a light on technology-driven changes that profoundly affect virtually all stakeholders in the sector. A large, high-profile event, the Forum was an occasion to debate the relationship between tools and humans, to explore new job profiles in the industry, and to assess the impact of technological change on the training of professional translators.

There was agreement on the fundamentals of the current situation: Translation matters to democratic politics, businesses, universities, and ordinary citizens and consumers alike; the volume of activities subsumed under ‘translation’ is growing fast; and this growth is set to continue. Various factors are at play:

The urgency and broader significance of translation was outlined by Andrew Bredenkamp, Chair of the Board of Translators Without Borders, in his Keynote Speech. Bredenkamp emphasised that humanitarian work should always also encompass a variety of communication activities explaining its aims and strategies to people on the ground, rather than just be a short-term exercise in distributing aid. He pointed out that language and translation skills are first and foremost a way for us to listen and thus to know what is going on and what our (potential) interlocutors care about. Only then do we start speaking, and by using ‘local’ languages we show that we make a real effort at reaching out to people – a point that is as relevant to businesses and politicians as it is to humanitarian organisations. Bredenkamp highlighted the fact that in some parts of the world, ‘official’ languages aren’t readily understood by the majority of people, and that low literacy rates may also hamper the success of your communication efforts. Finally, he reminded his audience that the availability of vital information is a basic human right.

Before we get into the technological aspects of change in the translation industry, we should look at developments on the level of texts – i.e. the stuff that needs to be translated. Among others, TEF2016 speakers discussed the following issues:

Within the translation process itself, technology plays a crucial role. It has done so for a long time, but the rate of change is accelerating, in line with similar developments in other industries.

This change is technology-driven; debates are most often centered around the potential of various tools, rather than the needs of human translators. Given this imbalance, the readiness of human translators to adopt new tools varies, especially when early adoption comes at the cost of having to deal with slow, intransparent, and overly complicated software solutions.

At TEF2016, representatives of technology companies issued a two-fold call to translators: first, that they adopt as many new technologies as possible, and adapt to the changes resulting from the availability of these technologies. This was presented in no uncertain terms: “You must adopt all these new technologies!” And, also according to top DGT representative Piet Verleysen, “there is no threat” emanating from them with regard to job security, remuneration, or the availability of the type of work a translator actually finds desirable. Second, more than one speaker called for translators to get involved directly in the development of translation tools. Examples of this form of cooperation were hailed as a ‘breakthrough,’ highlighting their rarity.

What are the conditions for this collaboration? First I think it is important to recognise that every translator uses technology in some form or other. Neither freelancers nor employees of agencies or institutions could survive without it, and they know it. If they harbour reservations against ‘technology,’ it is worth investigating what it is precisely that they object to. Is it that particular tools are not (yet) as sophisticated as they should be, or as they claim to be? Maybe. But they are certainly also irritated by a discourse of the kind that was sometimes in evidence at TEF2016 as well: Translator’s skills are dismissed as “subjective” and “anecdotal” and are said not to stand up to proper scrutiny. Reference translations done by humans and fed into TM “should not be trusted.” People who raise legitimate concerns about the use of a particular tool were summarily stigmatised as “Luddites” by one panel chair on the event’s Twitter wall, there to see for everybody.

If the invitation to translators to contribute is serious, their strengths must first be acknowledged. At TEF2016, we often only got a lacklustre “La machine doit être corrigé” – I am reminded of checkout assistants helping customers with automatic checkout machines which, once they are properly developed, will make these assistants unemployed.

What does this mean for teaching and training? New technologies lead to the emergence of new tasks and, more broadly speaking, new job types. Says Tomáš Svoboda of Charles University, Prague: “We have been wondering whether we are teaching students how to dig their own graves if we tell them to contribute to tech development.” He did not say what his answer to this question was. (Not an easy one!) But he did explain that “we should see MT as a good servant, not as a bad master” – an acknowledgment at least that this is a power struggle.

University translation programmes were advised to incorporate volunteering into the classroom (no-one seemed to remember that numerous speakers at TEF2015 condemned “giving away stuff for free” as way of safeguarding minimum pay standards) and, in one of the most insightful presentations at the meeting, to develop proper training for post-editors. Katrin Marheinecke of text&form Berlin gave an overview of the skills needed by post-editors and called for a more systematic approach to professional development in this important area.

The world of translation is in transition. As is so often the case in this type of situation, two questions can be asked: Who is able to put themselves in the driver’s seat? And, once sat there, what is it that they actually want to achieve in light of the strengths and needs of their fellow travellers? The debate about both questions will need to continue – and the Translating Europe Forum has established itself as one of the most important venues for this discussion.