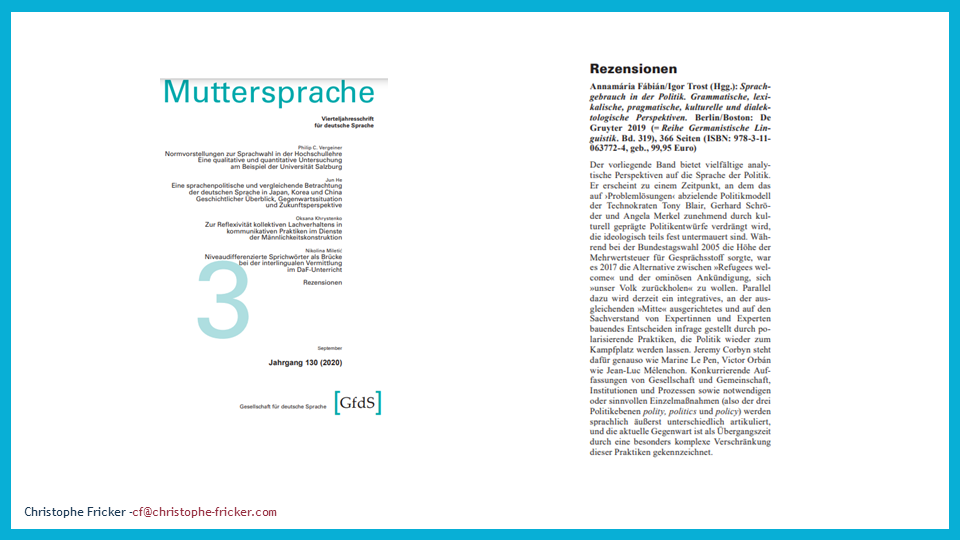 Merkel says ‘Wir schaffen das’ (with a personal pronoun), but talks about the challenge at hand in impersonal, general terms: ‘man muss,’ ‘es gibt.’ ‘We’ are strong actors, whereas migration is presented as a general trend, with no-one responsible.

The only conceivable reaction to it is presented as something that ‘must’ be done (118 times in a single press conference), although those politically responsible for future action are hardly ever identified.

In Merkel’s speeches there is often a disjunction between ‘us’ and what ‘we’ do (personal pronoun with positive nouns and verbs) and ‘the migrants,’ and the main verb linking the two is ‘helfen,’ which is uni-directional. Germans who help are never characterised as ‘our …,’ almost as though they don’t belong.

These results have been published in a new book about political language.

They are a great insight into the way responsibility can be narrated, and roles and strengths can be framed. Most of the power of language really is in the smallest words. My review is available in the new issue of Muttersprache, which has just come out. Happy to discuss.