3 Lessons from the Leave Campaign 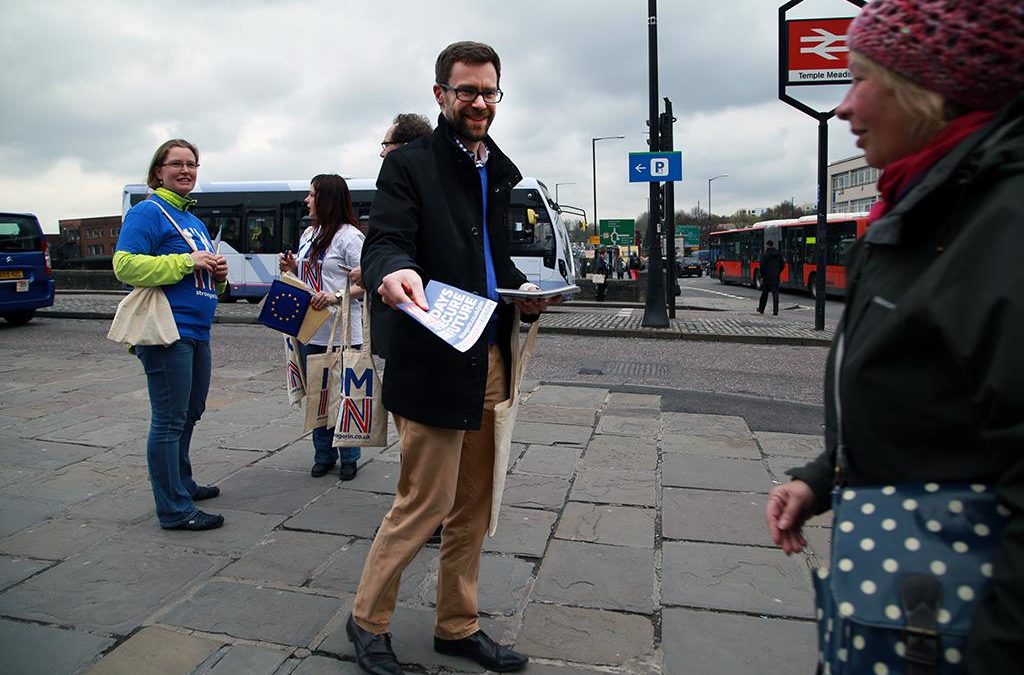 The debate around the UK’s position vis-à-vis the European Union has been a fight of gut instincts (Leave campaign) versus rational arguments (Remain). While the failure to make a passionate case for “Europe” has been a serious mistake of the Remain camp, the Leave campaign’s deliberate rejection of facts speaks for a troubling new development in public communications. What other lessons can be learnt from the Brexiters?

I may not be able to vote in the UK’s EU referendum but I have been involved with the Remain campaign over the past few weeks making the case for Britain to stay with her European partners. Distributing leaflets, sitting on panels, and talking to people at rallys I have witnessed the mood in the country becoming increasingly acrimonious. Uncharacteristically, people have been very much ready to share their opinions on this major political issue.

In my view, three key lessons are to be learned from the strength of the Leave campaign which fights for the UK’s exit from the European Union. Even the two obvious ones were neglected by the Remain camp; the third one is depressing to anyone who thinks arguments have a role to play in politics.

What the Leave campaign is frighteningly good at

First, start early. While the UK – like many other countries but unlike Germany and the U.S. – has strict rules with regard to the time frame of the actual campaigns, there is nothing to stop any interested party from presenting their position at any point in time. In other words: don’t wait for the campaign to kick off before you start campaigning! The Leave side (which I like to call the Retreat camp) is building on decades of anti-EU (and anti-EC and even anti-EEC) sentiment, and these sentiments have been honed by organisations almost entirely dedicated to this cause, notably UKIP, a one-issue right-wing party that has gained 12,4 per cent of the popular in the last general elections.

On the opposite side, virtually no British politician – with the exception of course of Paddy Ashdown and his fellow liberals – has made a passionate case for the UK’s place in Europe since the victory in the last referendum in 1975. It is hardly an overstatement to say that vast parts of the British public are genuinely shocked to learn that the reason why the EU is powerful is because national governments, including elected UK governments, have agreed to it. For decades, EU institutions have been styled as power-grabbing, neo-colonialist monsters eating away at the UK’s sovereignty and budget. It has been impossible for anyone in the Remain camp to draw attention to simple truths deviating from this narrative during the referendum campaign. It was just too late. Facts came as a surprise and seemed so completely counter-intuitive that they have contributed little to the effectiveness of the Remain camp’s communications.

Second, find the one number or one simple statement that encapsulates your message. The Leave camp has done so by claiming that “We transfer 350 million Pounds to Brussels each week” and that this is an outrage. The number is entirely fictitious – it is a simple lie; but it has become the single most important message in the campaign, and its appeal is undiminished by its falseness.

The Remain camp does of course have a slogan: “Britain is stronger, safer and better off in Europe than we would be on our own.” The three adjectives are harder to remember though, and they have not become the rallying cry that “all that money” has become.

Third, the Leave campaign stands for the emerging trend of “truth-free politics.” Sir Keir Starmer, shadow immigration secretary, has coined this phrase that captures also what Donald Trump as well as many politicians – and ordinary citizens – especially on the radical right of the political spectrum across Europe (and quite possibly elsewhere) are engaging in: making claims that are simply factually wrong without being caught out or held accountable. Boris Johnson’s charisma and Donald Trump’s energy somehow prevent them and their core supporters from being susceptible to information about the world we – and they! – actually live in.

Worse still, knowledge and expertise now seem to be frowned upon explicitly and dismissed with a sleight of hand.

This has little to do with political “communication” as we know it: there is no exchange of information and no fight for the better argument. What we get instead is mobilisation in its brutest, most physical form, and the solidification of a communion of people whose engagement with the world resembles that of a cult more closely than that of a political interest group.

Says Charlotte Holzum, a partner at Navos, the Public Dialogue Consultants: “You can certainly build bridges by engaging in dialogue; but the only way to make people actually accept at least parts of your position is to make concessions.” A referendum is black and white. It is a time of burning bridges (or closing tunnels?). The need for bridges — both between the two camps and between the UK and the rest of Europe — will be even greater in its aftermath.

While my first two points have been the backbone of popular politics as well as corporate communications for a long time and for good reason, the third trend is new, and I would be concerned if it took hold.